This is one of the handiest new features in the GECK. It allows you to:

The Object Palette can be found in the GECK under World (Top menu bar, next to File, Edit and View) -> Object Palette Editing (Second to last section) 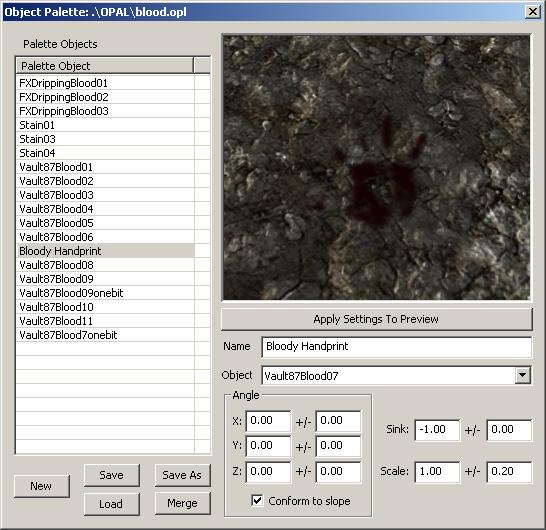 Here is a basic description for all of the fields and buttons on the object palette.

Tip: Any "poster" type of objects like paper, bloodstains, and graffitti should float above the ground plane by 1 unit to avoid texture flickering.

Tip: Make moveable statics and items that can be moved in-game float above the ground plane. If Havok

Tip: Sink will use the angle of the slope if "Conform to slope" is checked.

For this example, we are going to make an object palette that consists of various blood spatters. Many of the art pieces found their way into strange directories, and blood spatters are one of them. To find these blood spatters, we are going to go to the Object Window -> World Objects -> Static -> Clutter -> QuestItems. Then look through all of those items for objects that start with Vault87Blood. That's a pretty remote place to find blood spatters, but once they are in the object palette, you can find them again easily. Highlight everything that starts with Vault87Blood, and then drag them into the white Object Palette field. 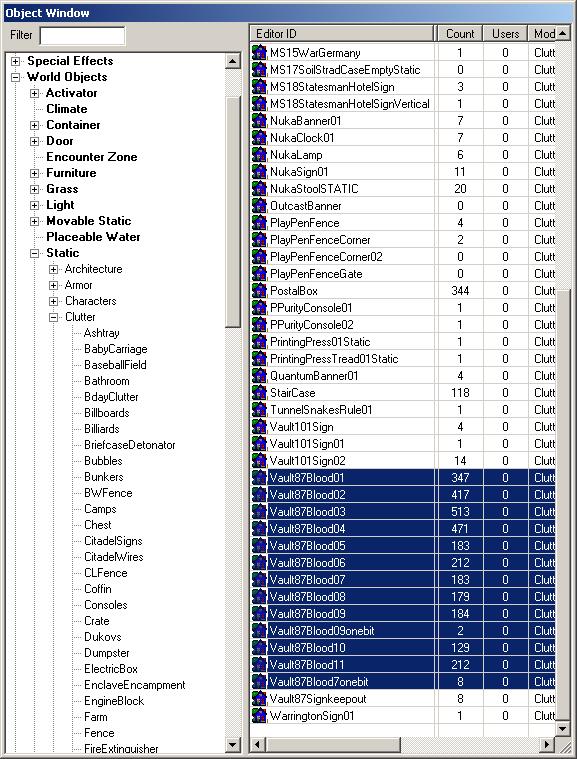 Drag and drop all of these into your object palette. 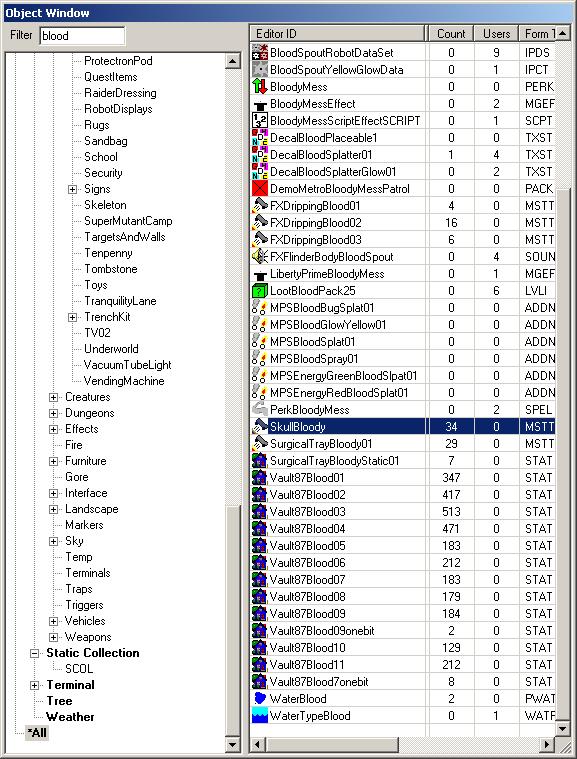 You can add different types of objects to the palette.

There also happens to be a few blood objects with "stain" in the Editor ID, so we can use the filter to find and add them as well. Now that you have an object palette with some nice, bloody stuff inside, now would be a good time to save it. Press the Save button in the Object Palette window, and give your new palette a name.

Modifying Objects in the Palette

Now that we have some objects in the palette, it's time to set them up so that they get placed how we want. In the example shown, I've modified the object "Vault87Blood07" so that it will do a few different things. You will want to set up all of the objects similarly.

Vault87Blood07 has been renamed to "Bloody Handprint".